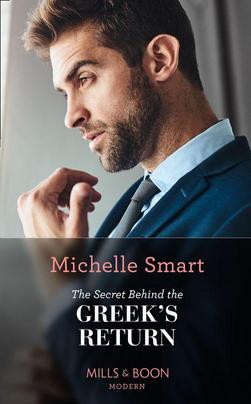 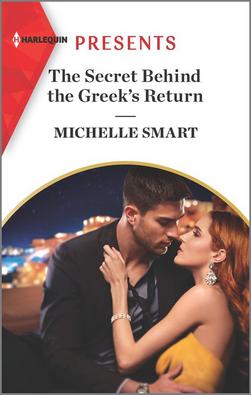 The Secret Behind the Greek's Return Playlist

The Secret Behind the Greek's Return

​CHAPTER ONE (opening excerpt)NIKOS MANOLAS SAT in his car shaded beneath the orange trees lining the quiet Valencian suburban street, elbow resting against the window, fist tucked under his chin. On the other side of the road ran an imposingly high fence the length of the pavement and beyond. Small intermittent signs warned trespassers against breaching it.

Nikos’s narrowed gaze rested on the gate ten metres away that admitted people onto the land behind the fence. He’d watched the gate for two minutes and knew he should move on before he attracted the attention of the armed guards on the other side of it.

He’d wanted one last look. He’d had it. Time to go.

He switched the engine on and put the car into gear. Before he could make his intended U-turn, the gates opened.

He put the gearstick back into neutral. A Mercedes built like a tank slowly nosed its way through the gates and pulled onto the road. He held his breath as it passed him. The tinting of the car’s windows made it impossible to identify the driver.

In his rear-view mirror he watched the Mercedes shrink into the distance and take a right at the end of the street.

Nikos rubbed his chin and then, with a burst of adrenaline, put his foot on the accelerator and spun his Porsche around.

The road the Mercedes had joined was quiet this hot mid-morning, making it easy to keep tabs. When it joined the V-21, he made sure to keep three cars between them. The deeper into the city they drove, the thicker the traffic.

It had been over eighteen months since Nikos had been in the heart of Valencia. Much of the architecture was medieval, the roads and streets narrow, but modern developments had their place too, and as he drove past the majestic Palau de les Arts Reina Sofia with its sweeping roof like a feather plume, he blinked away memories of the evening he’d taken Marisa there to watch Tristan and Isolde. If he’d known the so-called ‘Most revolutionary opera’ had been, in its essence, a romance, he’d have made his excuses and begged off. Nikos liked his entertainment to be like his affairs; frenetic and forgettable.

Not that he’d enjoyed any form of entertainment in recent times. For the past year and a half he’d lived the life of a hermit in the Alaskan wilderness, residing in a log cabin accessible only by small plane.

Readjusting to society was proving harder than he’d envisaged. He’d imagined himself returning to civilisation with a bang and throwing himself back into the old party lifestyle but in the two weeks since he’d emerged from his self-imposed exile, he’d found himself reluctant to return to the spotlight. He supposed he’d become used to isolation.

When the Mercedes indicated to turn into the huge shopping complex, his chest tightened. This had been the place Marisa liked to shop. She knew its layout better than he knew the layout of his Mykonos home.

By the time the automatic sensors had read his licence plate and he’d waved his bank card in front of the scanner, he’d lost sight of her.

It was for the best, he thought, grimacing. It had been a strange burst of sentimentality that had found him outside the Lopez estate in the first place and curiosity that found him wasting precious time tailing an old lover to an underground car park. Time to follow his original plan, to drive to the airport and resume the life he’d been forced to hide from. His plane had been refuelled, his crew ready to fly him home.

As he followed the exit signs, he caught sight of the tank-like Mercedes parked ahead. It was only as he approached it that he realised it was in a row of spaces reserved for parents and children.

He slammed his foot on the brake. The car behind him sounded its horn in protest.

Why the hell would Marisa park there?

Pulse suddenly surging, he cast his gaze around for a free space and, cursing under his breath, drove straight to the closest one, which was still a good distance away.

The distance didn’t matter. Out of the car, he could see clearly enough.

What he saw made his blood freeze. Marisa, curly golden-red hair bouncing in all directions, was scooping a small infant from the back of her car.

The blood in his head defrosted into a burn in an instant.

​She carefully placed the child in a buggy, strapped it in, then reached back into the car and removed a large bag which she slung on the back of the buggy.

The elevators into the complex were directly opposite where Nikos had parked. In silent horror, he watched her stride towards them. He needed to hide. One slight turn of her head and she would see him.

But he couldn’t move. Couldn’t wrench his gaze from the lover he’d vanished from and the child—baby—he’d had no idea existed.

Back from the dead…For her and his heir!When tycoon Nikos Manolas emerges from eighteen months undercover from his enemies, he discovers he’s a father. He vows to claim his son. Even if it means storming the party celebrating Marisa Lopez’s engagement to another man!Mourning Nikos’s alleged death, Marisa thought marriage was the best way to support her baby and her business. Now, despite the shock of Nikos’s return, it’s clear their connection is still electrifying! However, Marisa is wary. She can’t bear to give him everything again, only to lose him…